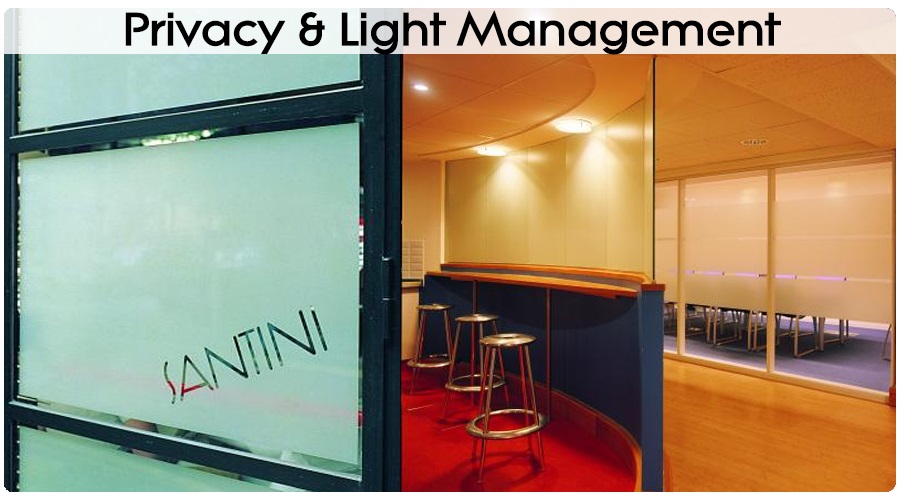 Translucent privacy films give 24-hour privacy but let in plenty of daylight through the windows during the day.

By far the most commonly used versions are the Fine Acid Etch Frost film or Frost Vinyl, the latter allowing plotter-cutting were required for semi-privacy or with matching cut graphics.
These particular films are commonly used for example in washroom areas, clinics, partitions, etc., which need 24 hour total privacy.
The use of a privacy film is recommended as opposed to using privacy glass which is less flexible over the life of a building.
The building architect or designer can specify the same clear glass everywhere allowing privacy to be allocated later, where and when required.

Other options
Also can be considered for special effects are Smoke or Bronze versions or Matt Silver-20.
Other special effects are medium sandblast, Stipolite effect, and rice paper effect.
There are also options for frosted vinyl plotter-cut graphics, patterned, and digitally printed translucent films for semi-privacy.